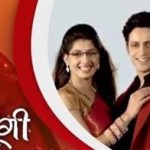 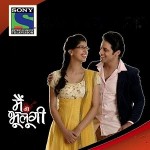 Sameer’s caring nature and affection, makes Shikha fall in love with him. Her life seems fairytale perfect with a doting husband and a baby. But her husband’s character is layered with different shades which she explores soon in life. Shikha embarks on a puzzled journey where reality collides with illusions, where love, deception, hate, revenge are merely words and not feelings.

A naive Shikha’s life takes a turn when she decides to discover the truth about her life and husband! With the increasing crimes occurring against women ‘Main Naa Bhoolungi’ brings afore a story that resonates the fear of every woman as she follows Shikha’s journey to find the truth.

Shikha Gupta (Aishwarya Sakhuja) is a smart and independent woman. Her family is approached by Sameer Verma (Vikas Manaktala), a successful businessman who seems to be the perfect guy for her. She falls in love with him, gets married and they have a baby. Their married life was perfect. But Sameer is not who he says he is—his real name is Aditya Jagannath and as part of a bigger plan, he has staged this love and marriage to Shikha. He attempts to murder her and kidnaps their child, Manav. Shikha survives the murder attempt and embarks on a quest to reclaim her child and take revenge against Aditya. It is revealed that he is already married to a girl named Madhurima (Nigaar Khan) and that he was the one who had asked Neeraj (Avinesh Rekhi), his college friend to stalk Shikha and then save her to impress her. Shikha initially refuses to take help from Neeraj but then agrees. Shikha changes her name and takes a new name of Samaira Seth. Changing her own self to a new person. As the daughter of a businessman residing in Switzerland, Mr. Amrit Seth. Then as Samaira Seth, Shikha moves into the Jaggannath Group as their brand ambassador. She promises herself to take her son back and take revenge from Sameer. At first, Aditya thinks that Samaira is Shikha and tells Madhu that Shikha is alive. Madhu thinks that this is rubbish and has Samaira sign the contract with Jagganath Group. Slowly, Aditya and Samira fall in love with each other. One day, Aditya tells `Samaira all about Shikha Gupta and what he did with her. Samaira starts feeling emotional, since she gets to know the truth. First, Samaira thinks that Aditya is lying and she asks him to prove it to her that Madhu was behind this master plan. In order to gain Samaira’s trust, Aditya gets Madhu drunk and she confesses everything in front of him while Samaira is hiding. Aditya and Samaira have a plan and they send Madhu to the mental hospital. Samaira brought madhu from hospital and she started to hurt her.